Some of you may recall, during K’s weekly onesie updates, I talked about making a keepsake quilt featuring a swatch of each backdrop fabric used in her first year. I even used my mad excel skills to whip up a design layout that would work.  I never gave an update on the quilt, at least not here, but I did end up giving it to K as her ‘big sister’ gift they day we brought HG home from the hospital. She LOVED it… 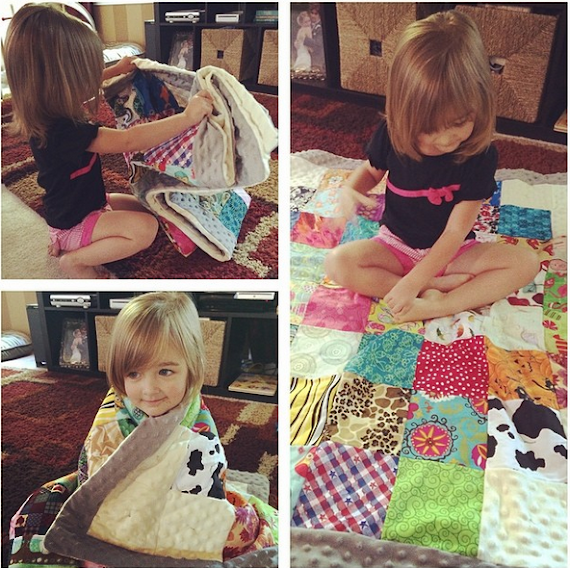 … in fact I believe she’s nestled cozily underneath it as I type this. Mom win for sure.

So now it’s HG’s turn to have something special made from his onesie update fabrics. It won’t be nearly as colorful as K’s was seeing as I’ll only have 12 prints (from his bowtie fabric) instead of 52, but I’m still really excited to make it happen. Mostly, I’ve been excited to bust out my excel skills once again to help design something perfect.

In an attempt to make it as close to K’s as possible I created a grid with the same number of squares that hers has, leaving me with more squares to fill than I have monthly fabric for. I decided, after playing around with every color in the rainbow, that a grey scale would work best for the filler squares especially since I’m using the grey and white chevron fabric that he is laying on in each month’s photos. I’ve played a lot and came up with some cute designs but I’m definitely in need of some input on which design I should use. So without further ado, my six favorites: 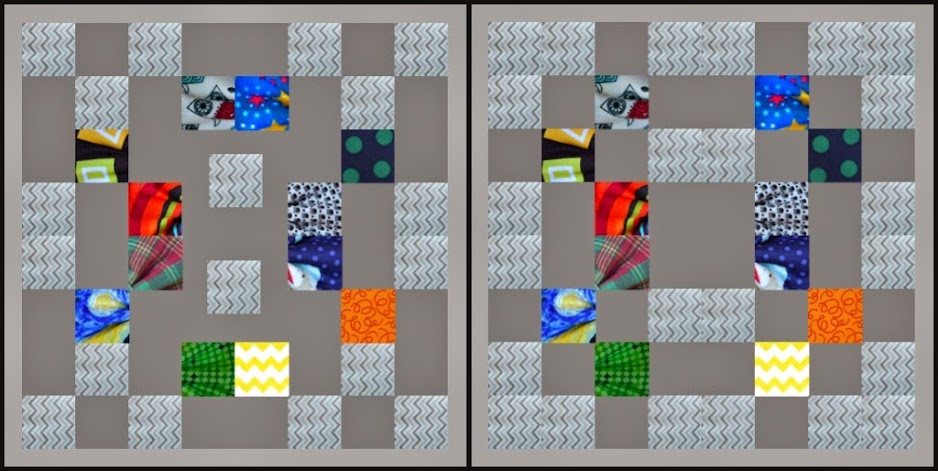 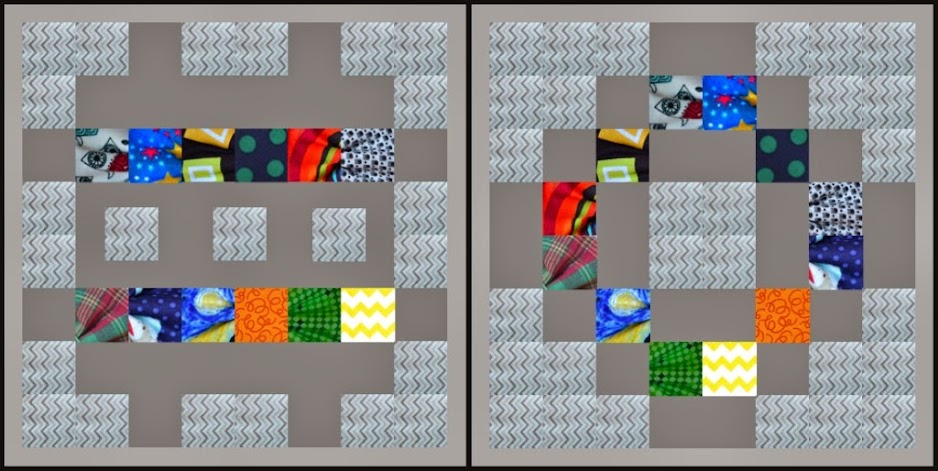 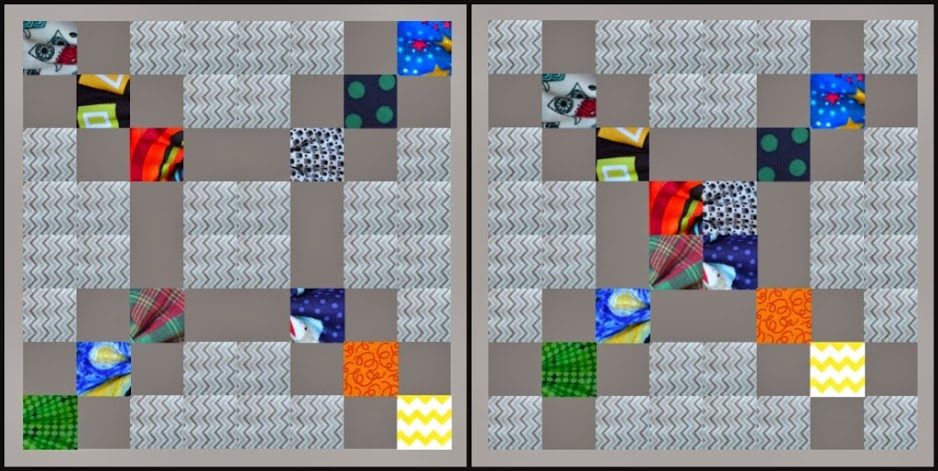 I don’t know if it will end up being a first birthday gift, a second birthday gift, a “big brother” gift (whenever he gets promoted), or a random Wednesday gift. No matter when it finally gets done, I know I’ll have a blast making it. I hope he loves and cherishes it as much as K does hers.

So if I could ask a favor of you, my friends, let me know which design is your favorite! You can pick your two top choices in the poll below. I have gone a little cross eyed looking at them over and over again and I love them all for different reasons so I need some fresh eyes and opinions. Use the poll and if you’re really feeling generous, leave a comment telling me what about your favorite makes it… your favorite! Thank you thank you! I would say that I’ll let you know which one is the winner, but knowing my track record, you’ll probably find out when I’m finished making it. Either way, I appreciate the help and love!